Could flying cars become a reality?

In the midst of all the worries and panic over Covid-19 and the lockdown that Ireland is currently experiencing, we thought it might make a pleasant distraction to have a little look into the future and the possibility that a long-held dream might actually be coming to fruition — flying cars.

Of course, the flying cars that are being proposed right now are not the flying cars of our youth — cars that would, in the pages of comic books or on the big screen, magically sprout wings and jet engines and take to the skies. No, the transportation systems that are being described now are more like scaled-up drones, or much-modified helicopters. Nonetheless, the ‘flying car’ name has suck, possibly because many of these short-hop aerial vehicles are actually being worked on and designed by car makers. 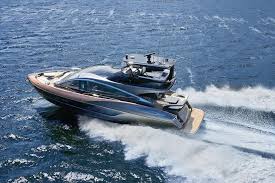 Lexus, and its masters at Toyota, could be working on bringing air transportation to its customers. That’s certainly the inference made by Toyota boss Akio Toyoda. Speaking to Australia’s Cars Guide at the LY650’s launch, Toyota chief executive Akio Toyoda said: “Toyota itself is trying to transform from an automotive company to a mobility company and in order to enhance the value of the Lexus brand we need to cover land, sea and also air, and therefore the yacht was a concept we thought we really need to have.” When he was asked if the ‘and air’ bit of that reply meant Toyota might be working on an aircraft, Toyoda simply said that we should wait and see.

Toyota is almost certainly working on some sort of personal air transport (so-called flying cars, which are actually either a scaled-up drone, or a scaled-down helicopter depending from which angle one looks at them). The Japanese giant is known to be at least partially keen on the flying car idea, having filed a US patent last year not for a fully-fledged flying car as such, but for concepts and engineering ideas which lead to one.

Now, though, Toyota is going a step further, investing a reputed €400,000 into a startup flying car company whose aim is to have a personal flying machine ready into time to light the flame of the 2020 Tokyo Olympics.

Ambitious, and it’s also a Toyota product in all but name. Toyota has invested the money in a startup firm called Cartivator, but that company is itself composed entirely of Toyota employees, working together on flying car concepts since 2012, using online crowdfunding. Speaking to Nikkei Asian Review, Toyota Chairman Takeshi Uchiyamada said “things will not progress if you wait and provide money only when the technology is ready.”

Currently Carviator is a weekend and spare time project of this group of Toyota engineers, working out of an old school building in Aichi Prefecture, but they have already demonstrated a one-fifth scale model of the flying car making low-level prototype flights. 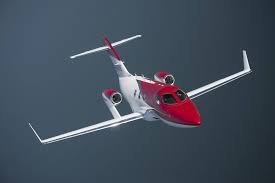 Toyota would, of course, not be the first nor last car maker to venture into flying machines. BMW and Mercedes both built aircraft engines, as did Bristol (indeed, BMW and Bristol made aero engines before they made cars), Ford built its own airliner — the Ford Tri-Motor — in the 1920s, while Honda currently has the best-selling executive jet in its class, the innovative HondaJet. Saab is arguably the most famous plane/car maker combo (although, alas, only the ‘plane-making bit survives today), but Skoda once built fighter aircraft for the Czech Air Force, Rolls-Royce technically IS the company that makes jet engines (the road-going Rolls is actually a BMW with a licensed badge), Mitsubishi makes its own aircraft (such as the Regional Jet, expected to enter service next year), and scooter-maker Piaggio also makes executive aircraft and private ‘planes.

And, while we’re at it, Toyota has already (kinda) made its own ‘planes already. Back in 2002, Toyota wanted to see if its ‘kanban’ and ‘kaizen’ methods of just-in-time production, and continuous design improvements, could be applied to aircraft. So, it set about building a one-off TAA-1 light aircraft, powered by a simple Lycoming piston engine. This being Toyota, it decided to bring in the best collaborator it could, so it partnered with Burt Rutan’s Scaled Composites company. Heard of Rutan? You’ve certainly seen his work. He designed, and built, the famous Voyager aircraft, which in 1986 made the first non-stop, un-refuelled flight around the world. He’s also the brains behind Spaceship 1, the first private, manned, reusable spacecraft which formed the basis for Richard Branson’s Virgin Galactic plans. 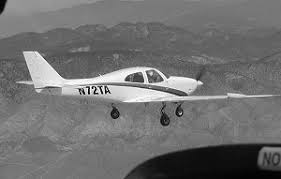 Rutan and Toyota built the TAA-1, flew it a handful of times, and since then it’s been in storage, waiting for what we don’t know. We do know it must be a pretty good design, though. Rutan himself referred to it as "the aeronautical equivalent to the Lexus LS400."