One of the unintended consequences of the rise of electric cars is that they present a whole new raft of issues for emergency services. Chief amongst those is that the high-voltage components — the battery for the most part — presents a danger if it’s been damaged, or if it’s still supplying electric power to components.

Right now, there’s not much that your average first responder can do about that. According to the UK’s Health and Safety Executive, the best advice is simply: “Isolate the high voltage battery system using the isolation device on the vehicle. Refer to manufacturer’s instructions for guidance.” So the fire and ambulance services attending to your rolled-over electric car will have to start leafing through owners’ manuals before they do anything about rescuing you.

Car makers have gone some way to helping with all this, primarily by ensuring that high-voltage components are marked in bright orange, so that they can be easily located, but the danger of electrocution remains for the emergency services.

According to Bloomberg; “In 2016 firefighters in a small town in Norway allowed a Tesla to burn to the ground at a charging station, leaving only the charred remains of the frame and wheels, because they mistakenly feared using water could lead to an electric shock. Later that year, firefighters in the Netherlands delayed extracting the body of a deceased Tesla driver involved in a crash due to fear of electrocution if they cut a wire in the car’s frame.”

Now, though, electronics expert Bosch may have come up with a solution — explosives. Well, maybe not so much explosives as pyrotechnics. Bosch has designed a system which uses pyrotechnic charges similar to those used to deploy and inflate airbags to isolate the battery of an electric car in the event of a crash.

Essentially, these devices are tiny guillotines, powered by explosives, called ‘pyrofuses.’ In the event of a serious crash, the explosives go off, and the pyrofuses physically cut the high voltage cables that run from the battery to the car’s systems. That at least eliminates the danger of a damaged cable or a short-circuit leaking high-voltage power into the metal frame of the car. “Our application-specific integrated circuits (ASICs), which are no bigger than a fingernail and yet populated with millions of transistors, are custom-designed to activate safety functions reliably within a fraction of a second” said Jens Fabrowsky, head of Bosch’s automotive electronics division. 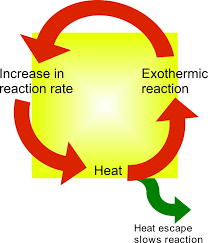 What it doesn’t do is eliminate the danger of battery fires. When lithium-ion batteries become damaged, they have the potential to enter a state called ‘thermal runaway’ in which their temperatures spike dramatically, triggering an intense fire that’s difficult to put out — conventional chemical fire retardants don’t work, and instead you just have to use lots and lots of water to bring the battery temperature back down and extinguish the fire. A driver of a crashed Tesla in Florida died earlier this year because emergency services were not able to put out a battery fire quickly enough. (Incidentally, Tesla seems to be coming in for a lot of flak here, but the Fremont Fire Department, the local fire service to Tesla’s home factory in California, says that the car maker has been hugely helpful in donating vehicles for training and development. “Not knowing how to secure an electric vehicle can be lethal,” a captain from the Fremont Fire Department told Bloomberg. “We’re fortunate enough to have Tesla in our community.”)

Although it can’t prevent battery fires, European fire services are welcoming Bosch’s work. “Faced with the growing number of electric vehicles that could potentially be involved in collisions, such systems are absolutely essential if we are to fulfil our mission of helping and rescuing victims of road accidents as rapidly and safely as possible,” adds Karl-Heinz Knorr, vice-president of the German firefighters association (DFV).