The ups and downs of car names

One of the biggest stories of the Frankfurt motor show was related to one of the smallest cars. Volkswagen's up!, replacing the Fox which had never made a serious impact in Europe in the important and expanding city car game.

It's a safe little design, conservative in the best VW tradition, and will eventually have alternative powertrain systems as well as the high-efficiency petrol one at launch.

But what does the name mean? Okay so there can be advantages in having a concept car with an odd name, because people remember it. And there's no doubt that the up! is as close to the concept we first saw a couple of shows ago as makes no difference. There's a clue in the grades to be offered—'take', 'move' and 'high'.

Yes, the lower cases are official. So you'll be driving a 'take up!', a 'move up!' or a 'high up!'. Are any of those what you'd like to be answering the question 'what do you drive' in party-time conversation?

Anyone raised to 'proper' writing will have difficulties with proper names that don't have a capital, and where punctuation marks are put in strange places. For instance, 'smart' as a car name never seems to be right compared to 'Smart', and the affectation by BMW of 'MINI' rather than 'Mini' always jars on a page. As for Kia's otherwise excellent 'cee'd'...
Still, it could be worse. The history of naming cars is littered with stuff that is odd, daft, inappropriate, and often downright hilarious. 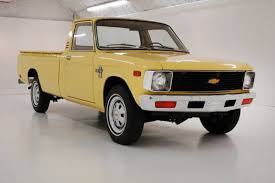 For instance, did you hear about the Honda Life Dunk? Or the Yamaha Pantryboy? Or what about the Chevrolet Luv? Maybe the Isuzu GIGA 20 Light Dump? Fortunately, none of them ever got to this side of the world. Though we did have the Invicta Black Prince Wentworth. (Actually, the 'Luv' wasn't American spelling to the bottom, but an acronym for Light Utility Vehicle.)

Creating a global car model is fraught with cultural traps. For instance, Ford's Pinto, Buick's LaCrosse, Opel's Ascona, and Mitsubishi's Pajero all have sexual connotations—mostly unflattering—in some languages and even in slang in English. Which is why they are renamed (Mitsubishi Shogun, for instance) in some markets. 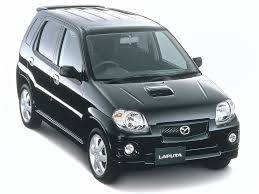 Even when they try to be classical—the Mazda LaPuta was actually named after a city in Gulliver's Travels, but means something entirely different (and easily understood) in Spanish.

And when Chevrolet in the US tried to market their Nova compact car in central and south American countries, the Spanish translation into 'Won't Go' wasn't a big help in making it popular.

Some do work well, though. Land Rover, for instance, does exactly what it says on the sheet metal, and the model names—Defender, Discovery, Range Rover—generally been well chosen. Even the Evoque is probably pretty good for the urban market it is aimed at. 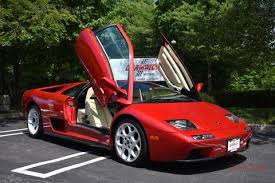 Aggression helps. Nissan's Bluebird never caught the imagination, but Plymouth's Barracuda and Ford's Mustang both pulled at the macho-strings of their mainly male buyers. Equally Dodge's Viper, and Lamborghini's Diablo (did you know that Lambos used to be named after renowned fighting bulls, such as the Murcielago which killed a matador in the late 19th century?).

Finding names for cars these days is big branding business, and there are companies which specialise in creating them, for very big money. Lippincott Mercer in New York created Infiniti as the luxury brand for Nissan, for instance. It breaks a rule that anything longer than three syllables rarely works well as a car name, but all the 'i's give it a flow.

There's a story that in the brainstorming for a Toyota luxury brand, women's names were being bandied around. 'Alexis' was heard by one person as 'A Lexus', and thus a carmaker name was born.

Toyota's 'Prius' was deliberately chosen from the Latin 'to go before', or 'first', to indicate that it was the first hybrid production car. It might seem strange to use a dead language, and probably very few owners relate it to Latin. But it worked. 'Mondeo' also sounds Latin, but it is a totally made-up word that was designed to suggest a 'world' car, which the original version was supposed to be.

As a nameplate it has worked well for Ford. Which we hope up! will do for VW's probably excellent small car.

As long as we don't get fed up! explaining it to our friends.