The Optima was Kia’s first truly competitive entry into the four-door family saloon sector, arriving in 2010 with styling that verges on being almost sexy, cavernous interior space, great comfort, and a punchy-but-frugal 1.7 CRDI turbo diesel engine. While it was, generally, overshadowed by its SUV brothers — the Sportage and Sorento — it’s one of Kia’s best cars in recent years, and a bit of a hidden gem in the second hand car market. 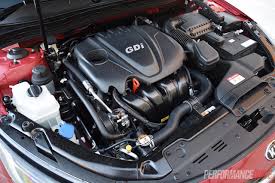 Kia kept things simple with the first-generation Optima in Ireland. Just the one engine was offered — a 136hp 1.7-litre CRDI four-cylinder diesel, and that came with a choice of six-speed manual or automatic gearboxes. For most of the car’s life here, just two trims were offered — an entry-level EX and a higher-spec Platinum.

If you can’t find a Platinum, then an EX will for most of us, do just nicely. It was well-equipped at the time, costing just €26,995 when it was first introduced, and coming with Bluetooth telephony, aux-in and USB connection ports, a leather trimmed steering wheel (with controls for the stereo, phone and cruise control), air conditioning, 16-inch alloy wheels, loads of safety technology and electrically folding heated door mirrors, all as standard.

Climbing up the range to a Platinum (which could be had with a manual gearbox at the time for under €30,000) got you parking sensors and rear view camera, heated leather seats with electric adjustment, dual-zone climate control, the glass roof, auto wipers and lights, dual-zone climate control and 17-inch alloy wheels, again all as standard. That was more than impressive kit for the time, and isn’t too shabby now.

The only Optima to avoid was the automatic version. With a manual gearbox, that 1.7 engine achieved Band B emissions, and so would cost only €280 a year to tax even now. Add the auto, though, and the emissions jump up to Band D, which means €570 a year, which is rather more stiff. The good news is that the 1.7 is one of those rare engines that can actually get pretty close to its claimed fuel consumption figures in real-world driving, so you should be averaging over 50mpg no matter how hard you try.

And yes, we know Alan Partridge had one. Please don’t let that put you off.

Thanks to Kia’s long, long standard warranty, all but the oldest versions of the Optima are still under their original warranty, which means you need to look for those older ones to find a true bargain. Even a 2012 model can still command more than €10,000, but then they old one looks all but identical to the new one, so if you find a good one, you’ll hardly notice the difference. 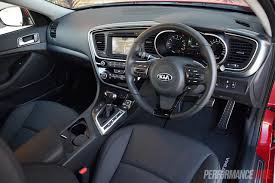 Precious little goes wrong with Optimas, thankfully. In fact, as long as the one you’re buying has mileage below 160,000km and has been serviced with a Kia main dealer, it’ll still be under its original manufacturer’s warranty, so anything major that comes up should be taken care of.

There seems to be only two areas of regular concern. Some owners have apparently complained that the steering can develop a tendency to pull to one side or the other, with no easy explanation as to why.

The other area is the cabin, which while it’s well put-together does suffer a bit from using some plastics that are rather too cheap and shiny for their own good. While nothing its going to break, very much, the cabin does seem to show the marks and scuffs of everyday motoring rather too easily. Something to think about when you’re caring for the car itself.

Oh, and as always with a well-made, reliable, affordable four-door saloon, check the history of any Optima you’re looking car carefully for evidence that it was previously used as a taxi. 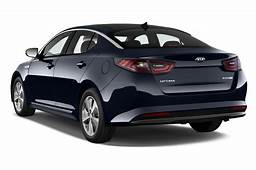 The Optima wasn’t always the Optima. Well, it was in Ireland, but in some markets Kia carried over the old, and unloved, Magentis nameplate. That doesn’t make any difference to the Optima we’re talking about here, but it does at least remind us that while the first-generation Magentis was a truly terrible car (the 2000-2006 version) the second generation, the short-lived 2005-2010 model, might have looked a bit dull, but was actually not terrible to drive, was well-made, and roomy inside. Worth thinking about if you require something that’s more of a motoring bargain than the Optima.

And when you’ve found your perfect Kia Optima don’t forget to get it history checked by motorcheck.ie.