It’s one of the biggest costs in motoring and regularly cited by Irish drivers as a serious concern when it comes to keeping their cars on the road. Insurance. It’s been staggeringly expensive over the past few years, to get your car insured, and that’s in spite of the cost of car insurance generally falling in most major European markets, notably in the UK. While premiums have come down a little of late, they’re still much higher than they were five years ago, and much of the extra cost to Irish drivers is usually cited, by the major insurers, as being caused by the cost of fraud and fraud prevention. 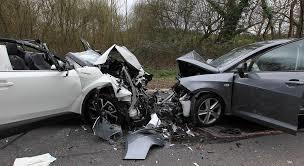 Now, there’s a new Garda unit, specialising in rooting out insurance fraud, and uninsured drivers, and insurance providers in Ireland expects the unit, which is partially funded by the industry, to have an immediate effect on the cost of premiums.

Speaking to Motorcheck, Jonathan Hehir, managing director of CFM Group, said: “this development is not before time. It is encouraging to see the industry work together to combat a growing epidemic that is hitting the pockets of every law-abiding citizen in the country who has to shell out to cover the costs of the fraudulent behaviour of others. There is no doubt that there is a small, but arguably growing, cohort of professional fraudster in Ireland, that is becoming increasingly litigious and adept at staged insurance fraud. The simple fact is the more fraudulent claims in the country the more insurers will increase premiums across the board to recoup the losses incurred. And it’s not only motorists who are bearing the brunt – small business, particularly shop owners, are getting hammered with prohibitively high premiums on the back of expensive fraudulent public liability claims.”

Problem is too great for the insurance industry alone 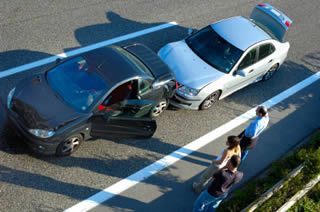 Mr Hehir, whose brands include Coverinaclick and Insuremyshop, went on to say that the level of insurance fraud in Ireland is such that the industry simply cannot deal with it alone, and that while the establishment of the Insurance Confidential service in 2003 was of help, it was simply insufficient to the task.

He described two incidents as evidence of the ‘audacity’ of those seeking to defraud insurers. One involved a couple who staged a car crash as strangers. They were caught after they appeared in each other’s Facebook profiles. They had originally denied they knew each other and shared the same ambulance to hospital again continuing to be strangers. Both submitted personal injury claims worth approximately €15,000 each. But the damage to the vehicles were not consistent with injuries alleged to have been sustained and the court sentenced the husband to a year, while his wife was given a suspended sentence.

In another, six men (all friends) attempted insurance fraud by submitting six personal injury claims following what later turned out to be a staged incident in a cab, which was hit by a car owned by relative of one of the claimants. All claims subsequently withdrawn.

While the new Garda unit had been broadly welcomed, there are those who still think that Irish insurers need to do more to get their own houses in order, and do more to bring down premium costs that have become crippling for many. Kian Griffin, of pressure group Ireland Underground, thinks that the insurance industry in Ireland requires radical restructuring, something that he feels the Government will not tackle. “Despite CSO statistics showing the average cost of motor insurance declining in the last 12-18 months, many individuals, particularly younger drivers are still paying sky-high premiums and struggling to get on the road. It is particularly difficult for those in rural areas where public transport is not an option” Griffin told Motorcheck. “The Department of Finance has been dragging its feet on this matter for far too long, it has had numerous submissions over the last two years with various options for tackling the extortionate cost of insurance. It has long since past crisis point. The private insurance sector itself has had many opportunities to correct itself and still refuses to do so. Perhaps it is time for Ireland to look at an altogether different system of insurance. A no-fault system, much like New Zealand, has often been mentioned but not fully analysed by the Department. It may be that such a radical change is beyond this current government, it would almost certainly upset the interest of the companies involved in the sector. It would likely, however, be of benefit to the people.”

Last year, Insurance Ireland (the umbrella group which represents the industry as a whole) and several major brokerages had their offices, in Dublin and Wexford, raided by the Competition and Consumer Protection Commission, as well as senior EU officials, investigating cartel-like practices in insurance here. No results from those raids nor any investigations have yet been released.