Europe’s car makers look likely to be able to hit stringent EU-mandated limits for Co2 emissions by 2021, but only if they all manage to push through ambitious launch programmes for new electric models.

By 2021, car makers must meet a fleet average of 95g/km of Co2 emissions, and will have to pay significant fines if they don’t measure up. Exceeding the limit by just 3g/km will cost a car maker €45 per vehicle sold. Exceed the limit by 4g/km or more, and it’s a cost of €95 per g/km over the limit, multiplied by the number of cars sold. Estimates have put the potential bill across the car industry at €24-billion.

That sort of fine should be avoided, according to environmental think tank Transport & Environment (T&E). Eoin Bannon, the Irish representative for T&E told Motorcheck that: “EU carmakers are only half way to achieving their 2021 CO2 target, due to their strategy of selling highly profitable SUVs until the last minute. But the companies will be able to comply if they deliver on their existing plans to boost the production of electric vehicles and deploy their standard marketing and sales strategies to sell those vehicles to customers across Europe.” 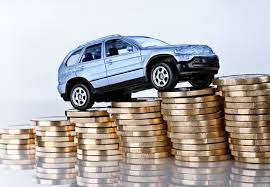 T&E has accused car makers of ‘profiteering’ by continuing to sell high-emissions models (especially SUVs and high-performance cars) at the expense of investment in the sales of hybrid and electric cars. By keeping such cars on sale until the last-possible moment, car companies could also be making their lives easier when it comes to the setting of post-2021 emissions targets. By setting themselves higher figures now, goes the theory, car makers will have easier targets at which to aim in 2025 and 2030.

According to an investigation by the EU Commission, which oversees enforcement of the emissions tests and rules: “Carmakers are switching off the start-stop function in tests. They are also adjusting the gear-shift patterns and using depleted batteries to burn more fuel and emit more Co2” said the Commission report. “In addition carmakers are declaring higher values than they actually measure, again inflating the official emission values. As a result, the targets for 2025 and 2030 would also be substantially weakened due to the inflated 2021 starting point. This would de facto reduce the level of ambition.”

Some Brands leading the way

As far as 2021 is concerned, though, Toyota seems to be in the pound seats, thanks to the fact that 56 per cent of its sales across Europe are now hybrid models. T&E estimates that both Toyota and Mazda will be able to meet the 2021 targets without any major introduction of new zero-emissions electric cars (although both brands are working on such cars). PSA Peugeot Citroen Opel is up next in the best-placed category, and is currently introducing a swathe of plugin-hybrids and battery-electric models. In third place is the Renault-Nissan Alliance, which is benefiting from years of experience with models such as the Zoe and the Leaf.

“Honda, Ford and Hyundai-Kia face the greatest challenges to comply, although the latter has recently begun a significant ramp up of its EV and hybrid portfolio and sales” said the T&E report. Honda has confirmed that it will end all of its diesel sales in Europe by 2021, and that by 2025 it will sell a hybrid or fully-electric version of every car it makes. Ford is working with Volkswagen to co-develop a lineup of fully-electric cars, and is planning to launch its own Mustang-influenced all-electric crossover.

Diesel is still in demand

Ironically, PSA Group could find it easier to hit its Co2 emissions marks not because it is launching battery vehicles (such as plugin-hybrid versions of the Peugeot 3008 and Opel Grandland X, and the all-battery Peugeot 208 and Opel Corsa) but because it’s still selling a lot of diesels. Speaking at the recent Frankfurt motor show, PSA chief executive Carlos Tavares said that the decline in diesel sales hasn’t been as sharp as anticipated, and that PSA will probably see about 20 to 25 per cent of its sales next year accounted for by diesel cars.

T&E has also found that it’s the boom in sales of SUV models that’s driving Europe’s Co2 emissions up. SUVs have expanded from a seven per cent marketshare in 2009 to 36 per cent in 2018 and are expected to reach nearly 40 per cent by 2021. That sales boom has pushed a 2.6g/km rise in average Co2 emissions since 2013. By contrast, the recent fall-off in diesel sales has, according to T&E, seen just a 0.25g/km overall increase.

Car makers have hit back at claims that they’re continuing to hold back electric and low-emissions models, though. Carlos Tavares, head of PSA Peugeot Citroen Opel, and also current president of ACEA, the European car makers’ umbrella group, said that: “From our side, we are offering an ever-growing choice of alternatively-powered cars to our customers. In parallel, governments across the EU need to match the increasing pace at which we are launching these cars by dramatically stepping up investments in infrastructure. Moreover, they also have to put in place sustainable purchase incentives that are consistent across the EU.” ACEA claims that there are currently only 145,000 electric car charging points across Europe. ACEA estimates that Europe’s electric car buyers will need 2.8-million charging points by 2030.

“We need to safeguard people’s right to mobility, regardless of where they live or their financial means,” said Tavares. “Mobility must be clean, safe and affordable.”