Don’t let the headline above worry you, by the way. It was a bit of a ‘free beer here’ trap to grab your attention, because what follows is probably, almost certainly, not going to happen. It is indicative of the motoring world in which we now live, however, and if you’re a buyer who’s thinking about making the switch from diesel back to petrol power, or even to fully electric, it’s worth bearing all of the below in mind…

A ruling by the European Court of Justice could make it illegal to sell a majority of diesel-engined cars by this time next year. The Court has decided that a policy of the European Commission, to allow car makers a ‘grace period’ until 2023 to get their diesel cars to meet the latest emissions legislation was incorrectly applied, and that a grace period of only one year, starting now, should be allowed.

The legislation says that, under tough ‘real world’ driving conditions, diesel-engined cars should not emit more than 80mg/km of nitrogen oxide, the harmful gas at the heart of the ‘Dieselgate’ scandal, and one which is reckoned to contribute to the deaths of thousands of people every year through respiratory disease. In enforcing this legislation, the European Commission allowed car makers until 2023 to meet this ‘hard’ 80mg limit, and said that emissions of up to 168mg/km would be allowed until then. 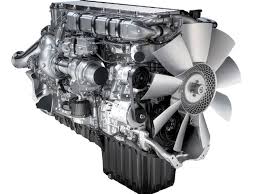 The Court of Justice said that this grace period was incorrect, though, and that leaves car makers with just 12 months to get their diesel-engined vehicles under the 80mg/km ‘real world’ limit, or find that they will have factories full of cars that can no longer be legally sold.

While the EU Commission has said it will prepare legislation to allow for this, it has also said that it will appeal the Court’s ruling. EU commissioner for industry Elzbieta Bienkowska told MEPs that: “Our legal experts in the commission state there are legal grounds that justify an appeal. The ruling was about the process, not about the content.”

Many MEPs have voiced their disappointment that the Commission will seek an appeal, with some saying that they feel the car makers should instead work to harder to clean up their diesels.

That may not be possible in a 12-month timeframe, though. Engine development and modification can take many months, if not years, and factories have production slots for cars allocated months, if not years in advance. The industry, as a whole, is a vast ship that takes time to turn.

Ugo Taddei, a lawyer for environmental pressure group ClientEarth said: “Today’s decision to appeal is a mistake that will delay urgent action to protect the health of all Europeans. The appeal will mean the conformity factors remain in force for a long time, despite the Court ruling them to be illegal. The decision to appeal also sends a negative message to the public. We are three years into the Dieselgate scandal, and the evidence keeps building on the central role car manufacturers are playing in creating the air pollution crisis that is choking our cities. However, the Commission continues to listen more closely to the car industry than to the hundreds of thousands of citizens that want to breathe clean air.”

Secretary-general of the European Automobile Manufacturers Association (AECA) Erik Jonnaert told The Financial Times that the impact on car makers “could indeed be enormous.”

Impact could be enormous. or could it?

Independent testing carried out this week by Germany’s ADAC (it’s equivalent of the AA) showed that several new diesel-engined models are actually well below the 80mg./km real-world limit already. In fact, out of 13 cars tested by ADAC, which loaded them up with 200kg of ballast and drove them with the air conditioning systems running, only one — the Honda Civic 1.6 iDTEC — emitted more than 80mg/km of nitrogen oxide in real-world testing. Vehicles including the BMW 520d, Citroen Berlingo 130 BlueHDI, Kia Ceed 1.6 CRDI, Mercedes-Benz C220d, Peugeot 308 SW, and Volkswagen Golf 1.6 TDI all emitted less than 50mg/km in real-world conditions, with some even falling as low as 10mg/km, which would suggest that recent efforts to clean up diesel exhausts has been successful.

“Our measurement results show that diesel technology can have a future. Should the EU Commission revise the consistency factor, then consumers must be confident that Euro-6d-conforming vehicles already purchased or offered for sale enjoy legitimate expectations” said ADAC vice president of engineering Thomas Burkhardt.

So, what’s going to happen?

The likelihood is that the decision of the court will be appealed and overturned by the European Commission, which will argue that car makers have to be given an adequate grace period, because of the long lead times of the industry. On top of which, the court is likely to bear in mind the likely impact of such a ruling on employment and economic progress.

The ADAC tests are the interesting wrinkle, though. If car makers can consistently demonstrate that the latest diesel-engined tech can make their engines cleaner than clean, then given diesel’s natural advantage when it comes to Co2 emissions, cars that sip from the black pump may not be as doomed as we thought.