It’s a French Qashqai. Well, perhaps that’s a bit of a glib explanation, but that’s exactly what the Kadjar is. Because Renault and Nissan are companies joined at the hip, so the Qashqai and the Kadjar share a common platform (Renault’s CFM chassis) and engines. In fact, under the skin the two cars are basically identical. You might be asking, should I buy a Renault Kadjar? Whilst the Kadjar has been a strong seller, but it’s never been as popular as the big-selling Nissan, so second hand it can be picked up for slightly less cash.

The Kadjar originally hit the market in 2015 in the then usual Renault specifications of Signature, Dynamique, Dynamique Nav, and Dynamique S Nav. They’re all pretty well-equipped, and it’s pretty obvious which ones come with sat-nav. All models get Renault’s R-Link touchscreen infotainment which is not the best nor most sophisticated system, but which is pretty easy to get your head around and fairly user-friendly. As with almost all Renaults, you also get cruise control and a speed limiter as standard, which are both useful for keeping speeding tickets at bay, and higher-spec models get some very nice leather seats and dual-zone climate control.

Space is good, and somehow the Kadjar manages to feel more spacious than the Qashqai, in a subjective sense (the tape measure says that there’s no real difference however, although the boot is a little larger at 472-litres) while cabin quality is decent, if perhaps not exceptional.

On the engine front, you’re going to struggle to find anything that doesn’t come with the 110hp 1.5-litre dCi diesel engine. There were, technically, other engines available including a 1.2-litre turbo petrol with 130hp, and a 1.6-litre dCi with 130hp and optional four wheel drive. Good luck finding any of those on a second hand lot, though — in Irish terms, hen’s teeth are more common. The 1.5 is still a decent engine, though. A little underpowered, perhaps, but exceptionally frugal (better than 50mpg in daily driving) and not too noisy.

At the end of 2018, the Kadjar was given a comprehensive update, with new engines (the 1.5 diesel boosted to 115hp, a new 1.3-litre turbo petrol option with either 140hp or 159hp, and an entirely new 1.7-litre diesel with 150hp as a range-topper) and new trim levels (Play, Iconic, S-Edition, and GT-Line), and mildly massaged styling (new lights, more chrome, more body-colour items, plus some interior revisions including new heating and air conditioning controls).

The Kadjar is actually a pretty reliable car — Renault seems to have well and truly banished its early-2000s reliability woes — but there are some common Renault Kadjar problems. The fit of the doors is often incorrect, and that can lead to wind noise and even water leaking in.

Cabins can develop squeaks and rattles with alarming ease, while Bluetooth connection issues are common for the R-Link system. Alarm systems can also give trouble. The optional EDC dual-clutch automatic gearbox can allow the car to roll-back alarmingly on hill starts. The 1.5 dCi engine is usually solid but check for problems with the diesel exhaust filter, sticking valves on low-mileage examples, and problems with the turbocharger. The timing belt needs to be changed every four years or 100,000km. 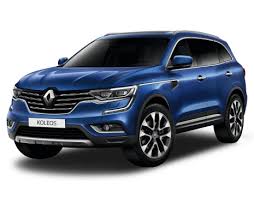 Like the Kadjar, but need a bit more space? In 2017, Renault introduced the Koleos, which is closely related, in mechanical terms, to the Kadjar, but which is more roomy, more luxurious and, you’ve guessed it, more expensive. There’s limo-like space in the back seats, and a massive 562-litre boot out the back, so it’s well worth considering if you need that bit more space for luggage or people.

And when you’ve found your perfect Renault Kadjar don’t forget to get it history checked by motorcheck.ie.