I was looking at the vehicle statistics for new car sales in December just now and noticed that the Mitsubishi Pajero currently ranks number one in the Top 10 Models. The VRO figures show that there have been 10 registered this month which is really strange considering it represents over 10% of the total number registered this year. Just who would register 10 brand new vehicles this late in the year?
Rather than go home pondering the numbers I gave Gavin Flood a call at Mitsubishi who was able to enlighten me. Turns out that Mitsubishi are now the preferred supplier of 4x4 vehicles to the defense forces. To date, the army has taken delivery of over 110 Pajero's which can be seen all across the Country. The recent bad weather in the west of the Country has meant that they have been even busier than usual in aiding relief efforts.
Having won a tender earlier in the year the company expects to supply up to 320 Pajeros over the coming 4 years. They will be used mainly in Ireland in roles where the Defence Forces provide Aid to the Civil Power. This includes Cash in Transit Escorts and Prisoner Escorts. They will also be used for driver training to provide a pool of competent driver personnel to operate the vehicle both at home and abroad. On overseas peace support operations the Pajero will be deployed in many roles, however primarily as a patrol and communications vehicle.
Mystery solved! 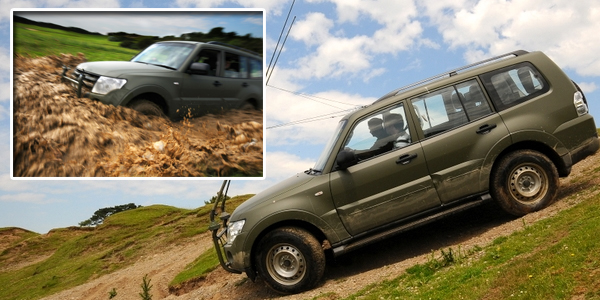