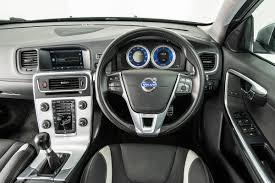 Volvo’s mid-size estate was a big step up from the old V40 estate when it first arrived in 2011. Sleeker, sexier, and safer it made thoroughly good use of Volvo’s Ford connections (Volvo was owned by Ford at the time) to put together a satisfying estate that was both good to drive, but didn’t overlook Volvo’s famous skills when it came to keeping families comfortable and safe on long journeys. A question we're often asked is, 'are Volvos good cars to buy used?' Now, with an all-new V60 now on the scene, it’s a perfect time to look at buying a bargain older version. 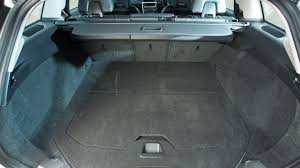 The V60 (and the S60 saloon which shared all of its mechanical attributes) was something of a watershed model for Volvo, giving the Swedish brand its first serious competitor for the likes of the BMW 3 Series and Audi A4. To do that, Volvo borrowed Ford’s EUCD chassis (also found under such varied cars as the third-generation Ford Mondeo and the Land Rover Freelander 2). Volvo used a mixture of Ford engines, and its own five-cylinder turbo units, up until 2014, when all the engines began to be replaced by Volvo’s new (and still-current) family of Swedish-designed and built four-cylinder turbo engines.

The best engine is Volvo’s own 2.0-litre D4 diesel, with 190hp. You’ll only find that in later, post-facelift versions of the V60 (you can tell those apart by the single-lens headlamp units, which re-placed the quad-light look of older models) and it’s well worth searching out — and excellent engine with very good fuel economy and refinement. Also worth a look are late-model variants with the Ford-sourced 1.6 D2 diesel engine, which aren’t quick, but which came with ever-improving standard equipment levels as Volvo chased fleet and company car buyers.

Needless to say, safety was always high on the V60’s agenda, and it was one of the first cars to come with an autonomous emergency braking system, which would throw on the brakes, hard, if it detected that you were about to have a collision of some sort. The system could even tell when a pedestrian had carelessly stepped out in front of you, something that some rivals are only now catching up with. In the tough EuroNCAP crash test, the V60 scored a massive 94 per cent for adult occupant protection.

Specification levels were generally good, but basic models can look a touch too dowdy with small screens in the centre of the dashboard, and cloth seats. Go for an SE Lux model for the best equipment levels, and later R-Design versions also came with a pleasingly chunky bodykit and lowered suspension for (slightly) sharper handling.

The only downside is that the V60 has something of a small boot, at 430-litres. The good news is that it’s well-shaped, so you can squeeze in more than you’d think, but this is a Volvo estate which is taken to the cleaners, in terms of boot space, by a BMW 3 Series Touring…. 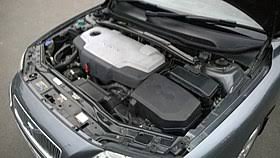 If you're asking the question 'are Volvos reliable?', read on! If your V60 has an automatic gearbox, remember that it needs a fluid top-up every three years, so check the service history to make sure that this has been done. Early diesel models had issues with clogging diesel particulate filters, so check to see if the car has had an exhaust replacement, or worse still if a previous owner has removed the filter entirely.

Exhaust gas re-circulation valves can be troublesome, while models with the heavy D5 five-cylinder diesel engine can chew through front tyres pretty quickly. Other than that, V60s tend to be largely well-made and dependable. 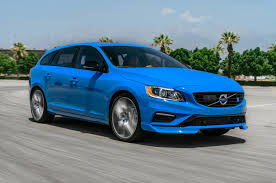 There are two ‘outlying’ versions of the V60. There’s a diesel plugin hybrid, badged as D6, which was staggeringly expensive and lost a lot of boot space to a huge stack of rechargeable batteries. It would go for around 50km on a full charge of the batteries, but long-range fuel economy was poor thanks to the extra weight.

There was also a high-performance Polestar version, initially with a 350hp 3.0-litre inline-six engine, and latterly with a turbocharged four-cylinder with 370hp. Fast, but less frenetic than a BMW M-car, the Polestar versions are likely to be collectors’ items eventually..

And when you’ve found your perfect Volvo V60 don’t forget to get it history checked by motorcheck.ie.