Can you claim a car share back on your tax?

We have all become drearily used to the grind of paying for our cars, and indeed paying the tax needed to keep them running. Quite apart from the significant initial outlay of buying a depreciating asset in the first place (with its attendant VAT and VRT costs) there’s the ever-spiralling price of fuel (at the time of writing, the average price at the pumps was 147.6c for petrol and 137.8c for diesel), motor tax, insurance, maintenance (which of course attracts VAT as well), tyres, fluids…

Why do we bother, again?

Well, primarily we bother because we have to. According to the Central Statistics Office some 61 per cent of commuters use their car to get to work — and considering the oft-parlous state of public transport in Ireland, it’s a wonder that the number isn’t higher.

According to Taxback.com, though, there may be a better, and certainly more tax-efficient, way of doing things. Car-sharing, or just plain old rentals.

Eileen Devereux is the commercial director at Taxback and she told Motorcheck that: “The habitual car rental idea is definitely growing in popularity. This is particularly true for two car households which are coming more and more into question with the advent of more sophisticated car sharing options. An example of this is the growth in the use of GoCar, the car sharing service. You can book cars online for as little as an hour at a time. The car rental providers offer a variety of observations to promote the use of their service, and while the benefits of ditching your private vehicle are obvious in terms of cost reduction and environmental impact, few people have considered the tax benefits it could offer if you use the car for work,” 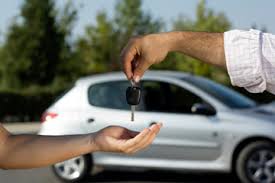 It helps, in this instance, to be self-employed (aren’t we all, now?) because then a bigger chunk of the cost of rentals can be clawed back from Revenue. The trick, as ever, is to distinguish between business and personal use, which should at least theoretically be easier if you’re able and sufficiently organised to divvy up your rentals as you go.

A study into the potential of organised car sharing in Ireland conducted by the Irish Transport Research Network in 2015, found that on average, GoCar customers made one trip every two months, cars were booked for 2.3 hours, travelled 21.67km and operated as per the basic monthly membership package. The estimated average usage of GoCar members in Dublin was 130km per year. For self-employed users, almost all of the cost of each rental, those for business purposes at any rate, could be reclaimed.

And for PAYE employees? 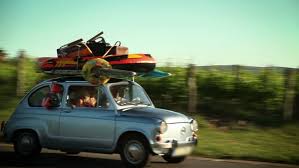 For those on PAYE it’s a little more complex, and a little less rewarding, but there are at least some possibilities in the system. If, for instance, your employer were to give you a GoCar membership instead of a company car, then you’d still pay benefit-in-kind tax on the membership, but you could defray some of that depending on the purely business miles you were racking up.

If you rent a car yourself, and charge it to your employer, it’s simpler as there’s a simple deduction of the value of the miles covered at standard civil service mileage rates. Not quite the claw-back that the self-employed can make, then, but as a well-known supermarket opines, every little helps. 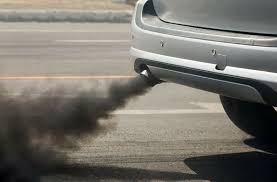 Ms. Devereux told us that: “Car sharing in Ireland holds immense potential in terms of cost savings to members, reduction of travel related Co2 emissions, and increased share of sustainable modes of travel.”