The scrappage scheme launched by Government in last years budget and introduced on the 1st of January 2010 was warmly received by the Irish Motor Industry.
It was widely believed that the scheme could stimulate the industry as a whole and introduce an additional 10,000 units to the annual figures for new car registrations.
Such was the enthusiasm for the scheme that most manufacturers introduced scrappage incentives of their own that when coupled with the Government sponsored scheme make for some fantastic value in the current market.

What wasn't expected however was the serious financial pressure that the scheme is now causing. 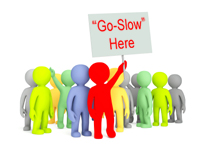 Current industrial action by staff at the Revenue Commissioners has meant that a backlog of 1,800 claims has developed with approximately 2.5 Million Euro in rebates owing.
To understand just how this is effecting the trade I spoke with one dealer principal who was previously buoyed by an increase in sales this year on the back of scrappage discounts. He told me that all of his scrappage claims since January are still outstanding and it's now having a serious impact on cashflow at the dealership.
"It's gotten to the point where we're almost avoiding scrappage deals" he said. "Poor cashflow as a result of the public go-slow means that accepting trade-ins has also become difficult.

We're effectively subsidising the Revenue Commissioners at the moment which is pretty ironic considering we also act as tax collectors for them by paying VRT and VAT every time a new car is registered". 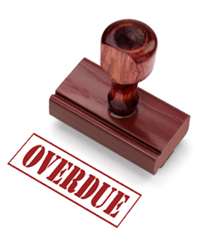 Most dealers use 'stocking loans' as a means of purchasing new cars for display purposes at their premises. Interest on the 2.5 Million Euro owed to Irish dealers could be costing anything up to €6,500 per day every day the payout of Scrappage Rebates is delayed.

If a dealer can't afford to wait until the go-slow is reversed he will not be in a position to supplement the 1,500 Euro Government rebate.
This means that buyers who proceed with a purchase will have to go direct to Revenue with their rebate claim. Delays in payment to private individuals would undoubtably make the scrappage scheme less attractive for buyers and could undermine the success of the scheme.

by Shane Teskey
All author posts
Prev
Main
Next
Shane Teskey - April 26, 2010 at 3:18 pm
Some good news for dealers today. Revenue have cleared the backlog of applications for scrappage which should free up some badly needed liquidity in the system.